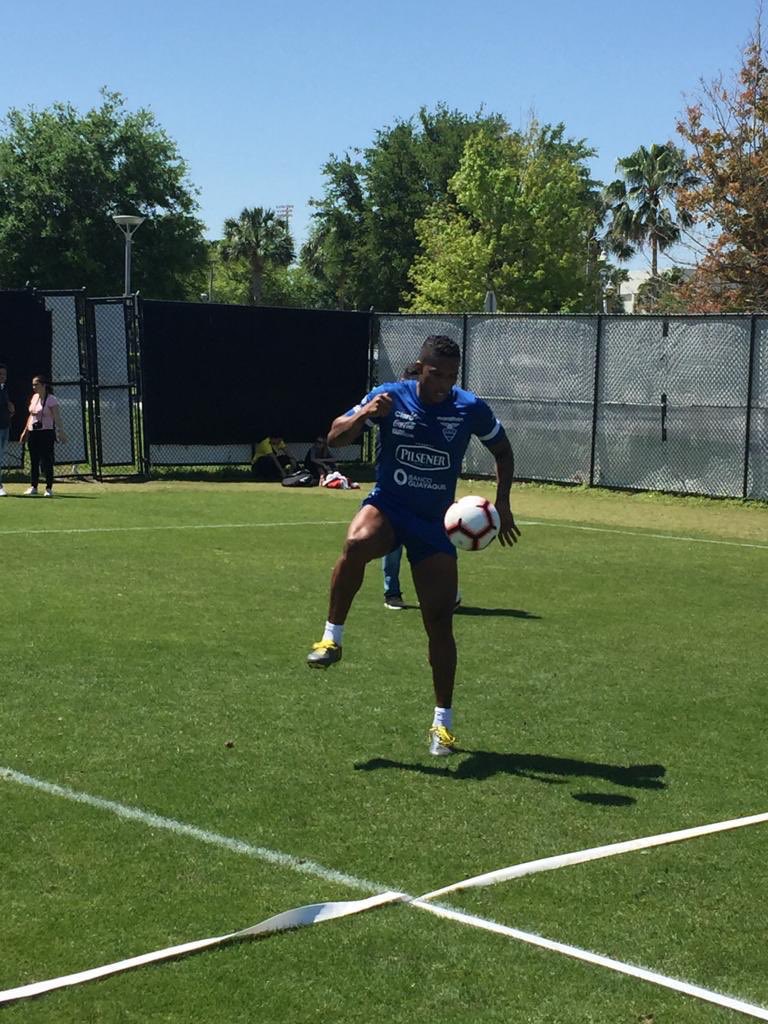 Speaking to Ecuadorian newspaper El Universo, Valencia’s father confirmed that the defence is set to end his association with the Red Devils in the summer with the club having no plans of renewing his deal beyond the current season. He added that the right-sided defender could yet remain in the Premier League with Arsenal and West Ham United probable contenders to sign him.
END_OF_DOCUMENT_TOKEN_TO_BE_REPLACED

IBRAHIMOVIC: A GOOD ALTERNATIVE OR AN UTTER WASTE

Manchester United are in talks to renew former PSG forward Zlatan Ibramovich contract in an ensuing second half of the season says the Red Devils manager Jose Mourinho.

“He wants more at football’s highest level. So we are having conversations and we are discussing the possibility of him staying with us for the second part of the season.”

The erstwhile Swedish skipper is recuperating from a knee-ligament damage he sustained in April in the Europa League win over Anderlecht and will be declared fit in December by the United’s medical team.

“He’s injured, he needs time to recover. He was very clear by showing that what he did last year was not enough for him – he thinks he can do more,” added Mourinho.

The former PSG star scored an impressive 28 goals out of 46 appearances in all competition for the Red Devils.

Ibrahimovic would provide Manchester United with another “good alternative” up front this season, according to Stuart Pearce. END_OF_DOCUMENT_TOKEN_TO_BE_REPLACED

It was supposed to be the closing ceremony yet, the moment off-duty players joined the squad, an eerie appearance of players limping around must have crossed majority’s mind.

News conference reporters have had a lot of fun time triggering mockery-stamped excuses from Mourinho. They are a fun to watch they tell you. Granted, the Portuguese can sometimes make life hard for himself with that ever razor blade mouth of his that fights tooth and nail to divert his team’s performance away from the press.

If he is not talking about his favourite subject of referees, he is taking a dig at rival managers’ nerves in an endless bid to hit it as hard as possible, make them loose concentration of their respective teams.

Words still have seen the Portuguese cry foul over the number of matches they been made to play in a calendar season a move that never see him cease to take a nick at how Chelsea and Liverpool have it easy due to the duos lack of European engagements as if United where under a loaded barrel forcing them to keep winning matches and advancing deeper into the later stages of the European and domestic cups. END_OF_DOCUMENT_TOKEN_TO_BE_REPLACED Manchester United defeated Burnley on Sunday to go fifth on the log. They are a point behind Man City as the fight for the top four intensifies. Coach Jose Mourinho has hinted at the possibility of playing a second-string team as he prioritizes the continental affair. He said the injury crisis and tough schedule would force his hands. It might also be a ploy to take the pressure off the side. They recently defeated Chelsea, and have managed to get results against big teams this term. END_OF_DOCUMENT_TOKEN_TO_BE_REPLACED

Former United striker Louis Saha has said that the club would miss the pair of Henrikh Mkhitaryan and Michael Carrick ahead of their EFL Cup final clash with Southampton.

Manchester United enjoyed a narrow win over St Etienne but they left with the two players in doubt for the final on Sunday as they limped from the pitch.
Whilst he believes that the team would be able to survive the absence of the players, he adds that the team would surely miss their impact.

“It will definitely make a difference because they are two important players in terms of getting the right balance between attack and defense. But United show they are still very capable of finding solutions and the actual strength of the team is balance, it’s a really balanced team now,” Saha said ahead of the duel.

Saha says he hopes that both stars would be okay before the final to help Coach Jose Mourinho guarantee his first title at Old Trafford. END_OF_DOCUMENT_TOKEN_TO_BE_REPLACED

MOURINHO SET TO GET BUSY IN TRANSFER MARKET

Manchester United coach Jose Mourinho is set to get busy in the transfer market when the window opens in January, according to reports.

Several out-of-favour players are set to seek new employers and the Portuguese tactician is poised not to stand in the way of any of such players.

The likely players to exit the team are Dutchman Memphis Depay, Morgan Schneiderlin and Bastian Schweinsteiger. Mourinho wants the players to reach the decision themselves and would be wiling to offer them even to Premier League rivals,

“I am always open to listen to offers for every player. More than listen to offers, I am always ready to listen to the players themselves. So any player who knocks on my door and is not happy and wants a move, when the offers are correct, I will never stop a player from leaving even if it is to a rival,” Mourinho said. END_OF_DOCUMENT_TOKEN_TO_BE_REPLACED

Manchester United came away from the 4-0 thrashing at the hands of Chelsea much worse than expected.

Apart from losing defender Eric Bailly to a major injury, it is also learnt that Chris Smalling has also suffered an injury that will keep him out for a couple of games. As a result, Mourinho had no other option but to utilise the centre back pairing of Daley Blind and Marcos Rojo. The latter has not had much of a look in under José Mourinho this season. However, the Argentine performed with grace and managed to help United keep their first clean sheet in three games.

After the game, Mourinho praised the performance of the Argentine centre back and said that he was rather surprised with the outcome. Mourinho knows that playing two left-footed centre backs in the defence is not always ideal especially when it comes to playing against top teams like Manchester City. Since Pep Guardiola recalled Sergio Aguero to the starting line-up, Mourinho was very of conceding a heavy defeat once again. END_OF_DOCUMENT_TOKEN_TO_BE_REPLACED

Mourinho Unhappy with Timing of the International Break

Manchester United boss Jose Mourinho is clearly not happy with the timing of the Manchester derby.

This would be his first experience of the Manchester derby and it would also pit him against Pep Guardiola, who is seen as one of his fiercest rivals in the world of management. Guardiola has come up against Mourinho on numerous occasions but the Portuguese has failed to get the better statistics. The only occasion when the Portuguese managed to comfortably overcome Guardiola was during his regime at Inter Milan. Even then, it took one of the best defensive displays in recent memory to come out successful.

As a result, all the eyes of the world will be up on the Manchester derby next weekend. Both teams will have a difficult time preparing for this encounter since a majority of their players will be away on international duty. The international weekend in the month of September is widely despised by many of the managers. This time around, though, most of the games involving international teams are extremely important World Cup 2018 qualifiers and not just meaningless friendly matches. Even then, Mourinho is unhappy with the timing of the international break and the Manchester derby. He says that this will significantly affect his team’s preparations.
END_OF_DOCUMENT_TOKEN_TO_BE_REPLACED

Manchester United will be without Champions League for the upcoming 2016-17 season, but that does not seem to be the main priority for the new manager José Mourinho who has insisted that the club will be looking to win the league title straight away.

There will be a lot of expectations of the Portuguese manager, who is well-known to win league titles quite comfortably. Jose Mourinho is one of the few managers in the world to have won league titles in England, Spain, and Italy. He is known as a great tactician, but even he has recognised the need for signing many new players.

United have already brought in the likes of Zlatan Ibrahimovic, while the big-money summer signing is expected to come in the form of Paul Pogba from Juventus. United are in advanced negotiations for the Frenchman, who left the club a few years ago for as little as £ 800,000. Now, though, United have to shell out around 110 million euros in order to bring him back. Mourinho, though, sees Pogba as the addition that will help United ward off the threat from Manchester City, who are now managed by Mourinho’s biggest nemesis Pep Guardiola. Since Sir Alex Ferguson’s retirement in 2013, United have not won the league title.
END_OF_DOCUMENT_TOKEN_TO_BE_REPLACED

Manchester United fans who have been bored to death with the football displayed under Louis Van Gaal has been assured that they will be playing an attacking football next season.

Jose Mourinho has stated that he want the team to play as they did under Sir Alex Ferguson.

The Portuguese manager has vowed to build a team that will display the Ferguson DNA and that they will display the same philosophy on the pitch. He said that he knows what the Manchester United fans want and that he is prepared to give them what they want.

Jose Mourinho is renowned for being pragmatic and adapting his tactics according to the opposition. There were fears by the Manchester United fans that he will be using the same tactics as he used at Chelsea by “parking the bus”. However, Mourinho wants to assure the fans that he does not have the intention of playing a boring football and that he will do everything he can to entertain them. END_OF_DOCUMENT_TOKEN_TO_BE_REPLACED